I launched an interdisciplinary project examining the musical response to the coronavirus in early 2020. I have been collaborating with my friend, ethnomusicologist JA Strub, on a couple of articles on the son huasteco response and we are currently working on a book titled Maldito Coronavirus! Latin American Musical Responses to the Covid-19 Pandemic, which will be published by Equinox Publishing

The Covid-19 pandemic has been a profoundly sonic experience, from the shocked silence caused by the horror of death to the rediscovery of environmental soundscapes in the once-noisy public spaces hushed by human absence.  This global crisis has also triggered an unprecedented explosion of diverse and profound musical responses, ranging from hastily-penned dance songs cashing in on Coronavirus as the theme du jour to complex musical meditations reflecting the fears and experiences of the virus and assessing the transformation of daily life wrought by the pandemic shutdowns. Possibly the greatest diversity in musical responses to the coronavirus across genres has come from Latin America. Throughout the region, examples of música del coronavirus present a dizzying array of regional styles, lyrical approaches, instrumentations, and cultural attitudes.

This book describes and contextualizes the phenomenon of música del coronavirus through various social, historical, technological, and artistic lenses. Maldito Coronavirus! Latin American Musical Responses to the Covid-19 Pandemic employs digital ethnography, interviews, and wide ranging interdisciplinary research to put forth the first sweeping survey and analysis of the deeply local and regional musical responses to the global coronavirus moment in the Spanish-speaking Americas. It is a timely book examining a hemispheric and transnational musical moment as it continues to unfold. This book does more than simply describe this unprecedented musical moment; it contextualizes coronavirus music by drawing from scholarship in history, folklore, ethnomusicology, area studies, and science and technology studies.  It connects this emergent musical phenomenon with the wider interdisciplinary explorations of culture in diaspora, digital intimacy, music and wellbeing, performance and affect, and the intersections of music and community.

This book uses música del coronavirus as a platform to explore broader extramusical questions about social attitudes and transnational cultural production in the pandemic context. Música del coronavirus presents powerful and captivating regional assertions of space and place, emotion, communitarianism, and commercialism. The unprecedented experience of living in self-isolation during the pandemic in a social media-saturated era has accelerated people’s need for new forms of community gathering. To meet this need, digital musical spaces have been transformed by intention, accident, and experimentation into reliable and significant nodes of cultural solidarity and mutual support.

Zones of Sovereignty and Exception: United States Jurisdictional Regimes through the Law of the Sea Conventions

My current historical book project focuses on the spatial and legal aspects of United States power in the global world system.  This book examines U.S. jurisdictional and governance strategies in a variety of new “state spaces” signaling novel areas of American control and influence around the globe.

This book focuses on the federal and state push after the 1945 Truman Proclamation to control the subsoil resources of submerged lands offshore of North America in the Pacific Ocean and the Gulf of Mexico with an emphasis on how these efforts profoundly transformed conceptions of territory, governance, sovereignty, and space in the United States.  Offshore oil extractive regimes fostered a new era of spatial enclosure and new rhythms of governance in the early post-World War II era. The complex array of articulated sovereignty claims in oceanic spaces typified the distinctive jurisdictional approach to governance and governmentality in the American empire. The dispute over the submerged lands of the marginal sea accordingly invites fresh consideration of the structures of the emerging American hegemonic system on spatialized regional and global scales in the postwar era.

Building upon multi-archival research and interdisciplinary engagement with scholarship in history, law, political theory, and geography, this project examines spatialized reorganization of sovereignty in jurisdictional zones in the submerged lands of the offshore continental shelf and in the territorial sea.  This book examines how jurisdictional quandaries and resource competition invited innovations in the spatial governance regimes which underlie U.S. global power and shaped the modern Law of the Sea in the twentieth century.

I am also interested in the ways sovereign, extraterritorial, and regulatory spaces—such as bonded warehouses, extraterritorial zones, Foreign Trade Zones, Free Trade Zones and Free Trade Cities, and a variety of jurisdictional zones of the sea —illuminated the ways the United States has constructed and exercised imperial sovereignty around the world.

During my sabbatical in Spring, 2016, I worked on this book while a Visiting Scholar at the Center for the Study of Law & Society at the School of Law, University of California-Berkeley.

I am pleased to be involved in a very interesting and novel collaborative book project called The Extraterritoriality of Law: History, Theory, Politics. This interdisciplinary edited collection examines extraterritoriality from the perspective of history, international politics, and global legal practice. My chapter is titled “Imperial Reorderings in U.S. Zones and Regulatory Regimes, 1934-1950,”

This book brings together thirteen scholars of law, history, and politics in order to reconsider the history, theory, and contemporary relevance of legal extraterritoriality. Situating questions of extraterritoriality in a set of broader investigations into state-building, imperialist rivalry, capitalist expansion, and human rights protection, it tracks the multiple meanings and functions of a distinct and far-reaching mode of legal authority. The fundamental aim of the volume is to examine the different geographical contexts in which extraterritorial regimes have developed, the political and economic pressures in response to which such regimes have grown, the highly uneven distributions of extraterritorial privilege that have resulted from these processes, and the complex theoretical quandaries to which this type of privilege has given rise.

The book will be of considerable interest to scholars in law, history, political science, socio-legal studies, international relations, and legal geography. 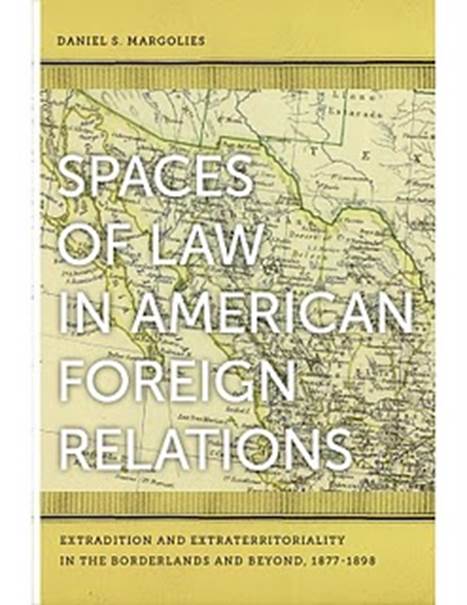 Spaces of Law in American Foreign Relations: Extradition and Extraterritoriality in the Borderlands and Beyond, 1877-1898. (Athens: University of Georgia Press, 2011).

My recent work in the legal history of U.S. foreign relations examined U.S. foreign relations power and law as it was shaped, deployed, and resisted in a stream of often explosive extraterritorial claims, boundary disputes, extradition controversies, and transborder abductions and interdictions around the globe in the late nineteenth century.  American policymakers responded to slippages of jurisdiction and challenges to sovereignty and territoriality in the U.S.-Mexican borderlands and around the globe by defining the space of law in foreign relations on the basis of stridently unilateral control of transnational concerns.

One of the most interesting and contested spaces of law in the late nineteenth century were the new American extradition regimes and exceptions carved within them. Extradition of fugitives reflected critical questions of sovereignty and the role of the state in foreign affairs during the tumultuous period before the turn to overseas empire in 1898.

This book explains the construction of U.S. jurisdictional regimes and sovereign exceptions within the world system in an entirely new way.  It uses the foreign policy of American extradition as a critical and unique lens to examine the rich embeddedness of questions of sovereignty, territoriality, legal spatiality, and citizenship in the U.S. approach to global order and governance.

U.S. hegemonic power was constructed in significant part in the spaces of law, not simply attained by war or trade. This book utilizes untapped archival sources and synthesizes the innovative approaches of a wide variety of interdisciplinary fields to explore the tenor of rising global power and the territorial, spatial, and jurisdictional assertions that attended its creation. 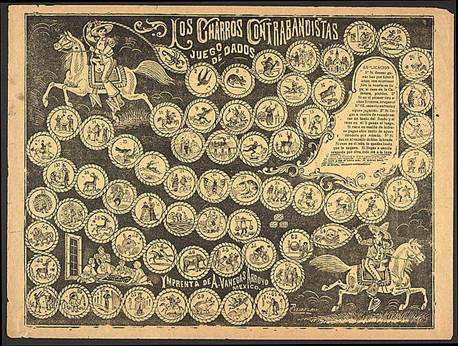 Henry Watterson and the New South: The Politics of Empire, Free Trade, and Globalization (University Press of Kentucky, 2006)

This book, which is now available on Kindle as well, focuses on the nation’s preeminent supporter of free trade and the South’s most vocal imperialist at the end of the nineteenth century.  The irascible and irrepressible Henry Watterson built the Louisville Courier-Journal into one of the most influential newspapers of the era of “personal journalism.” In so doing, he became an early architect of what emerged as the twentieth-century bipartisan consensus on the advantages of projecting of U.S. power and goods overseas via globalization.

Watterson shaped the tariff program of the Democratic party for decades and defined much of the politics and tone of the New South.  Watterson offered a “New Departure” in which Home Rule for the South, combined with sound money, free trade, and overseas empire would finally usher in the autonomy, development, market dominance, and prosperity Southern leaders had dreamed of since the end of the Civil War. “Home Rule, Free Trade, and the flag of the Union wherever it can find a ship at sea to carry it at its masthead,” he wrote in a typical expression of his view in 1895.

This book offers a fresh perspective on late nineteenth century U.S. foreign relations with a special emphasis on the connections between empire and Southern development. With the rise of the tariff issue again in the U.S. after 2016, new attention has returned to the tariff politics which once dominated U.S. political history and foreign relations.